In the shipbuilding and construction industry we all need to speak the same language. We need to talk like Naval Architects. This is to ensure that everyone knows exactly what is talked about and referred to when working with technical documentation or when on the shipbuilding site.

The following terms should never be used to describe a ship:

The correct terms to use for what has been described in the list above are as follows:

The terminology used to indicate direction onboard a ship is also important.  The following definitions are used to describe the general shipboard directions. Take note that the bow of the ship is the forward end of the ship while the stern is the aft end of the ship. The port side is the left side of a ship, indicated by a red light, while the right side of a ship is referred to as starboard, indicated by a green light. 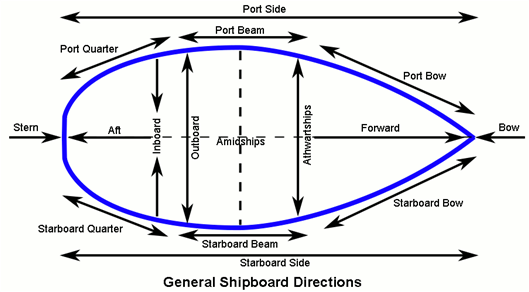 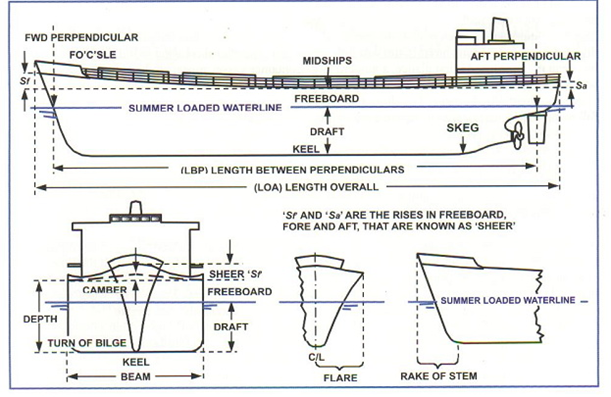 Forward Perpendicular: a vertical line extending from the point at which the stem of the vessel is intersected by the design load waterline on the profile view.

Draft: Measured from the base line to the summer load line at the midship section.

Keel: The lengthwise steel structure along the base of a ship, supporting the framework of the whole and in some vessels extended downwards as a ridge to increase vessel stability.

Skeg: It is a tapering or projecting after section of a vessel’s keel.

LBP or LPP: The distance between the AP and FP.

LOA: The total overall length of the vessel parallel to the design water line of the ship.

Depth: The vertical distance from the freeboard deck to the baseline of the vessel.

Turn of Bilge: The part of the bottom of a ship where the relatively flat shape begins curving up to form the topsides.

Beam: The overall width of the ship measured at the widest point of the nominal waterline.

Flare: Flare is the angle at which a ship’s hull plate departs from the vertical in an outward direction with increasing height.

Rake: A rake is an angle of slope measured from horizontal, or from a vertical line 90° perpendicular to horizontal. Stem Rake refers to the sloped angel of the stem. 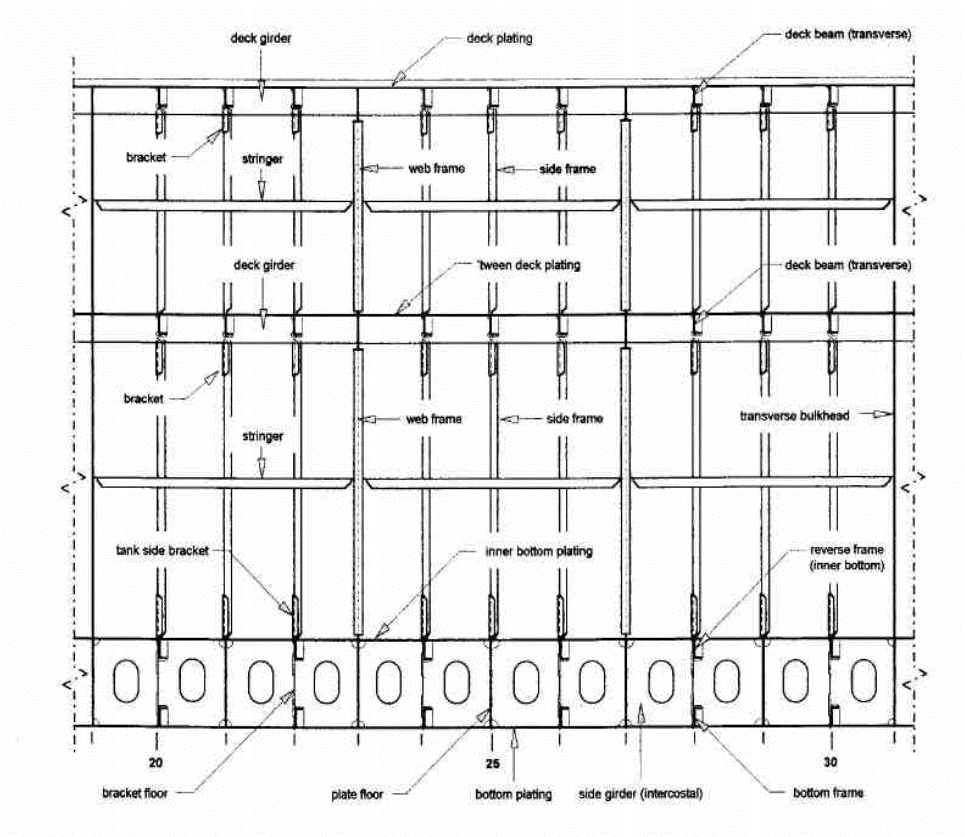 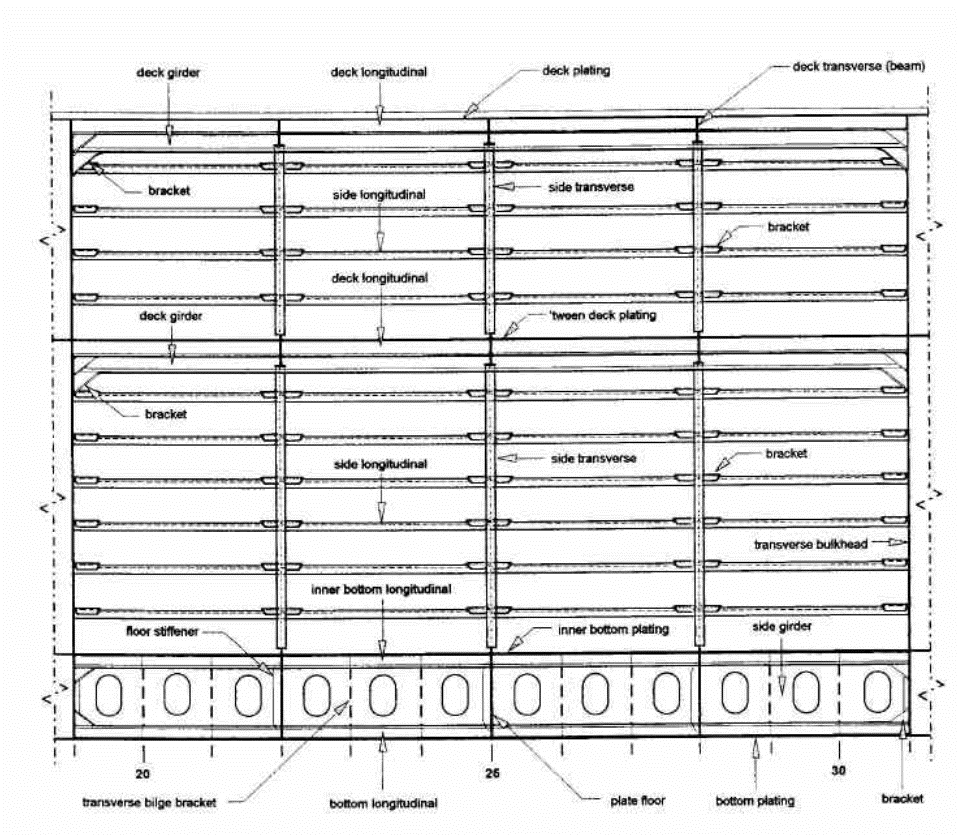 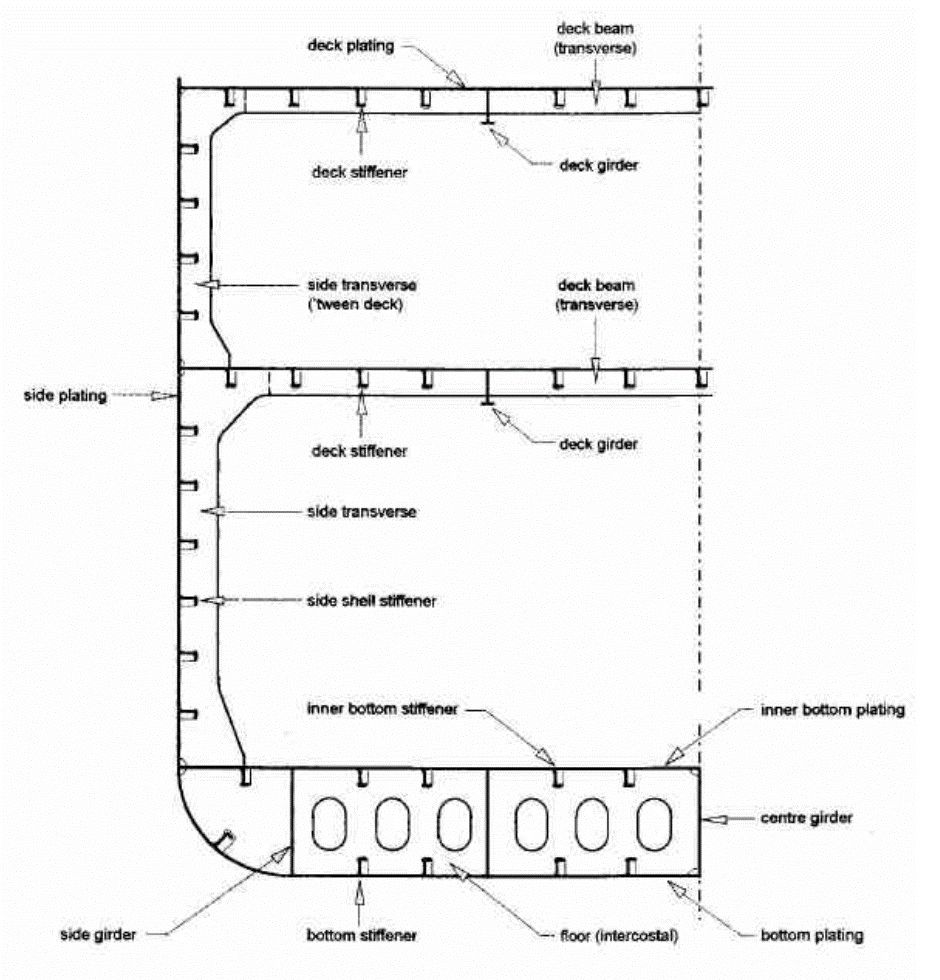 Next topic The Shipyard Layout »